Cartoon of the Week: Thanks(giving) for Everything!

Every year, for 30 Thanksgivings, I've penned a cartoon like today's for The News-Herald to celebrate all the people and topics that have inspired editorial cartoons for which I'm thankful. This was an especially rewarding year, because throughout the year, I had the chance to celebrate 30 years of editorial cartoons with News-Herald readers and staff members through columns and at local events. And there's more to come. I have a column running in December, reflecting on Christmas Downriver decades ago, and we're planning something special for readers at the annual Salvation Army Fill-the-Truck toy, food and clothing drive. Happy Thanksgiving everyone! I'm looking forward to beginning my 31st year in January!
That's the Point!
Posted by Dan Saad at 11:52 AM No comments:

Cartoon of the Day: I'd be lyin' if I said I expect a win from the Lions on Thanksgiving Day

I've had many IMs, texts and a couple of emails from friends asking if I'm embarrassed, because this cartoon ran today in Crain's Detroit Business, the day after an unexpected win by the Detroit Lions over the Carolina Panthers in a dominant, decisive performance with a final score of 20-19. "It looks like they've turned it around!" wrote one. Another went so far as to point out that the Lions still have a mathematical chance of winning their division, or at least making the playoffs. I can't vouch for that argument because I didn't understand his equation. I studied Fine Art and History at Wayne State because there was no math requirement.

But, back to my answer to everyone, "no." No, I'm not embarrassed. No, I don't regret doing the cartoon. These Lions always win one when it's least expected, and they always return to their losing ways. I still think it won't only be the turkey that's carved on Thanksgiving.
That's the Point!

Off the Drawing Board: 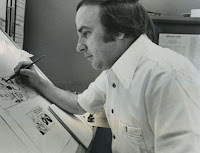 Today's cartoon pays tribute to one of my mentors and a good friend - cartoonist Larry Wright. Larry passed away in 2017. He created "Wright Angles," "Kit 'N' Carlyle," and he penned editorial cartoons for The Detroit News Op-Ed page. Larry had the patience to let a young college cartoonist sit in his office and ask dumb questions, and he was kind enough to let that kid play on his softball team years later. When I think of things I'm thankful for, Larry's kindness and encouragement are near the top of the list.
Oh, and it's Larry's turkey, from his annual Wright Angles Thanksgiving cartoon strip, who's talking with Matthew Stafford!
Posted by Dan Saad at 3:04 PM No comments:

Cartoon of the Day: (Make) Time to Vote!

Many metro Detroit area businesses will give employees either time off during the day to vote, or the day off entirely to vote. If you're fortunate enough to work for one of those companies, use the time to VOTE. And, if you don't get paid time off to vote, find time to VOTE on your own time. The polls open at 7 a.m. and remain open until 8 p.m. - and if you're in line at 8 p.m. you WILL be allowed to vote, even if it's after 8 p.m. Review Michigan's voting regulations here: http://www.aclumich.org/campaign/voting-rights/know-your-voting-rights#VotingOnElectionDay.

And one final comment - it's important that we blue it on Tuesday, or we may wake up on Wednesday and find we blew it.
That's the Point!
Posted by Dan Saad at 10:27 AM No comments:

Cartoon of the Day: An Extra Hour to Study

We all gained an hour today, when we set our clocks back to Eastern Standard Time. How will you use your extra hour? How about taking an extra 60 minutes to study the November 6 ballot? Get to know the candidates, get to know the issues and the ballot proposals; and then, on Tuesday, cast an informed vote and prove our system works!
That's the Point!
Posted by Dan Saad at 2:59 PM No comments: