CARTOON of the DAY: Number-1 Fan 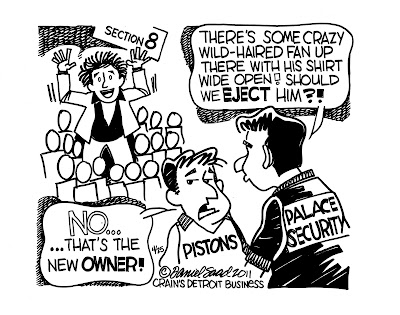 Crain's Detroit Business - April 25
Every team owner has his own personality - Mr. Davidson, longtime Piston's owner, certainly made his imprint on the team. New owner Tom Gores brings a new style and a new energy to his ownership. It may take some getting used to for some metro Detroiters - but it will be exciting to watch him make his imprint on this team, so badly in need of re-energizing.
That's the Point!
Posted by Dan Saad at 7:30 AM